HomeTea and healthTea for Nausea: What Are the Best Herbal Teas If You’re Feeling Nauseous?

Tea for Nausea: What Are the Best Herbal Teas If You’re Feeling Nauseous?

Tea can make wonders – it can be refreshing, relaxing, and calm you down when you’re feeling anxious or stressed. But did you know that it can help with nausea? Read on and find out everything about tea for nausea and the best herbal teas that help if you’re feeling nauseous.

Nausea is an uneasiness of the stomach that often comes before vomiting. It can be caused by many things, including:

Symptoms of nausea include: stomach discomfort, an urge to vomit, salivating more than usual, breaking out in a sweat, having goosebumps, and becoming pale. Tea for nausea can be a great way to soothe your symptoms and make you feel better. There are many different types of tea, so it’s important to choose the right one for you. Here are some examples of teas for nausea that you can try.

Many people suffer from nausea at some point in their lives. Whether it is caused by motion sickness, pregnancy, or a stomach virus, nausea and vomiting can be extremely uncomfortable. While there are many over-the-counter medications that can help to relieve nausea, some people prefer to use more natural remedies – such as tea for nausea.

Ginger is a well-known remedy for nausea, and ginger tea is a popular way to consume it. Ginger works by calming the stomach and increasing saliva production. It also helps to reduce symptoms such as gas and bloating.

If you’re pregnant and suffering from morning sickness, ginger tea can be a safe and effective way to relieve your symptoms. Ginger is generally considered safe during pregnancy, if consumed in moderate amounts, however, it’s always best to speak to your doctor before trying any new remedy, especially during pregnancy.

Another effective herbal tea for nausea is fennel tea. Fennel has long been used as a digestive aid and can help to relieve stomach pain, gas, bloating, and indigestion. It also has antibacterial properties that can help to fight off infections.

During pregnancy, however, fennel tea should be avoided. This is because some studies have shown that fennel has an estrogenic effect. People with cancer should also avoid fennel tea, as it may interfere with chemotherapy treatments.

For many people, licorice tea is a helpful remedy for nausea. Licorice root is a herbal medicine that has been used for centuries to treat a variety of digestive complaints, including nausea. The active ingredient in licorice root is glycyrrhizic acid, which is thought to help reduce inflammation and calm the stomach.

Licorice tea can be made by steeping one teaspoon of dried licorice root in eight ounces of boiling water for ten minutes. For the best results, drink three cups of licorice tea per day until your symptoms subside. If you are pregnant or breastfeeding, consult with your healthcare provider before drinking licorice tea.

See also:  Tea for an Upset Stomach: Soothe Your Stomach Pain With These Best Teas

Soothe Your Pain With Chamomile Tea

Chamomile tea is often recommended as a home remedy for nausea. Chamomile is a type of daisy that has been used for centuries in herbal medicine. Chamomile tea contains an antioxidant called apigenin, which is thought to work by reducing inflammation in the gastrointestinal tract. Although chamomile tea is generally considered safe, it can cause allergic reactions in some people. If you experience any side effects after drinking chamomile tea, discontinue use and speak with your doctor.

One popular remedy for nausea is lemon tea. The citrus aroma of lemon can help to calm the stomach and ease the feeling of queasiness. In addition, the antioxidants in lemon tea can help to speed up the healing process. If you are dealing with nausea, give lemon tea for nausea a try. It just might be the relief you are looking for.

If you’re suffering from nausea, there are many herbal teas that can help to relieve your symptoms. Ginger tea, peppermint tea, licorice root tea, and fennel tea are all excellent choices. You should remember, though, that not every tea for nausea will work for everyone. Pregnant women should always speak to a doctor before trying any new remedy. Some herbal teas may interfere with certain medications, so it’s important to check with your doctor or pharmacist before consuming them. 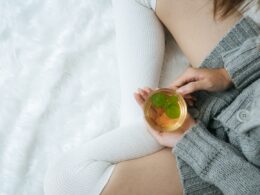 Tea for an Upset Stomach: Soothe Your Stomach Pain With These Best Teas

Tea for Bloating: Teas for Digestive Health That Will Help Reduce Bloating 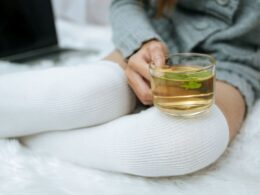 Best Tea for Cramps – How to Deal With Painful Menstrual Cramps 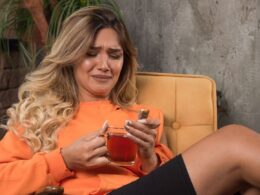